While most people visit Agra to see the Taj Mahal, Agra, once the capital of all of India, has more to offer. Less than 2 kilometers from the Taj Mahal, on the same river bank, you'll find the impressive Agra Fort.

Agra's history goes back more than 2500 years, but it wasn't until the reign of the Mughals that Agra became more than a provincial city. Humayun, son of the founder of the Mogul empire, was offered jewelry and precious stones by the family of the Raja of Gwalior, one of them the famous Koh-i-Noor.
The heyday of Agra came with the reign of Humayun's son, Akbar The Great. During his reign, the main part of the Agra fort was built. Construction of the fort started in 1156 and was finished in 1605. Shah Jahan, who built the Taj Mahal, erected most of the buildings inside the fortress. 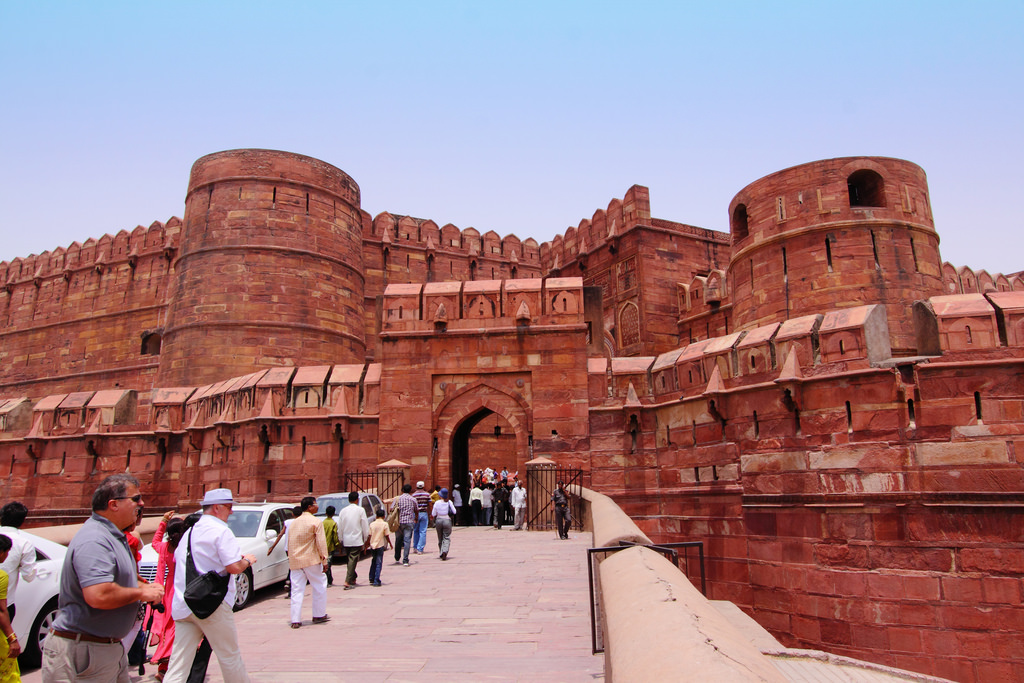 The fort is built alongside the Yamuna river and stretches almost 2.5 km. It consists of a wall built in red sandstone and several buildings inside. The wall has 2 gates, the Delhi Gate and the Amar Singh Gate. You can only enter the fort via the Amar Singh Gate.

After going through the gate you walk over a ramp and enter the Great Courtyard. On the right hand sight, there's the many pillared Diwan-i-Am (Hall of Public Audience). 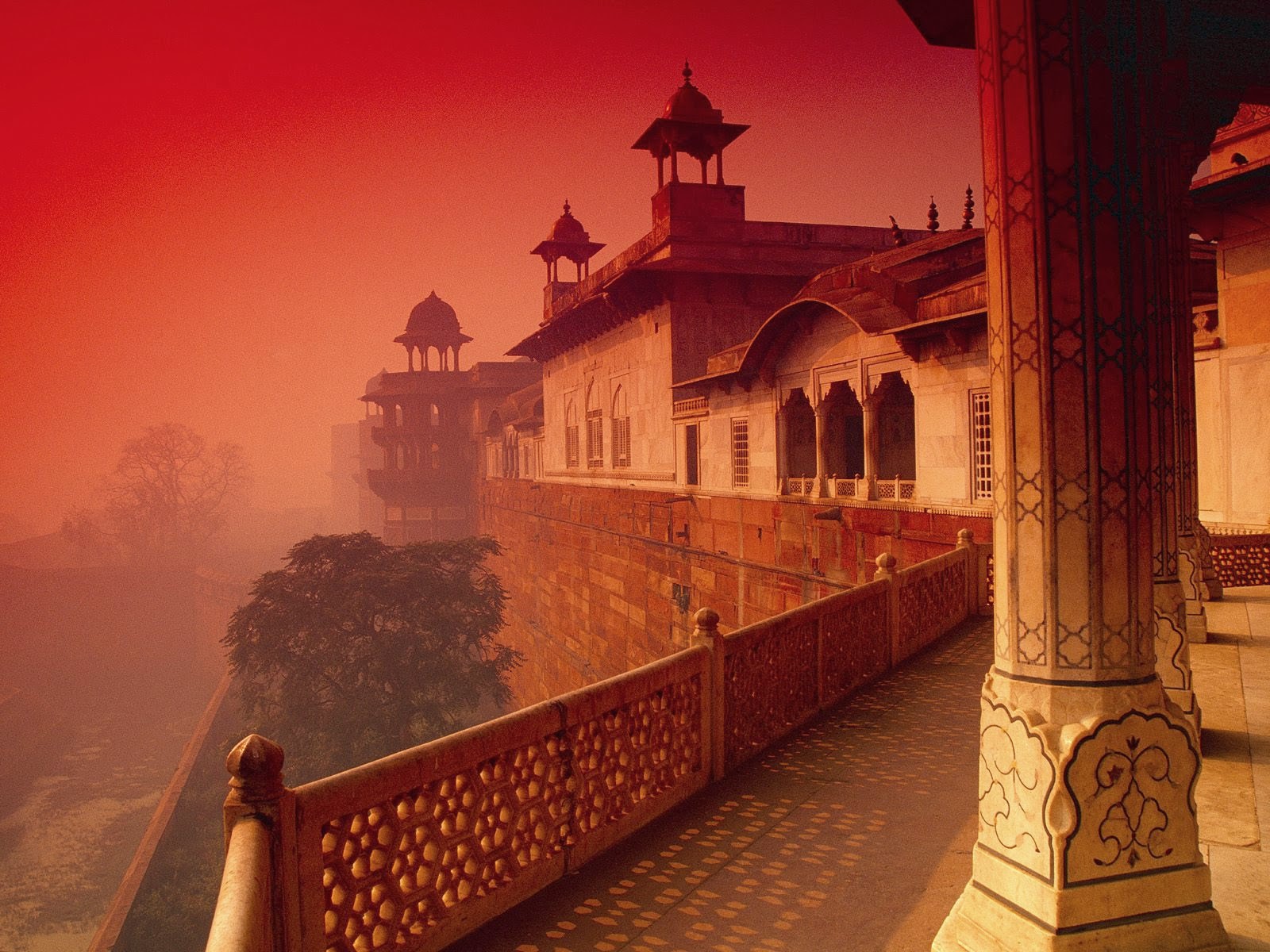 It was built by Shah Janan in 1628. Further you find the Royal Pavilions. It contains beautiful mosques (Nagina Masjid & Mina Masjid), palaces (Macchi Bhavan, Khas Mahal, Shish Mahal, Shah Jahani Mahal) and the Zenana Mina Bazaar. Several of the buildings are made of pure marble with beautiful carvings. To cool off the rooms in the marble pavilions, the walls were hollow and filled with running water. From the balconies in the pavilions, you have a nice view on the Yamuna river and the Taj Mahal.


As a matter of fact, the emperor Shah Jahan, who built the Taj, was imprisoned by his son Aurangzeb in the Agra Fort where he had a view on the building erected for his deceased wife. Shah Jahan is said to have died in the Musamman Burj, a tower with a beautiful marble balcony. From there you probably have the best view on the Taj. Between the many pavilions, you find small well maintained gardens. 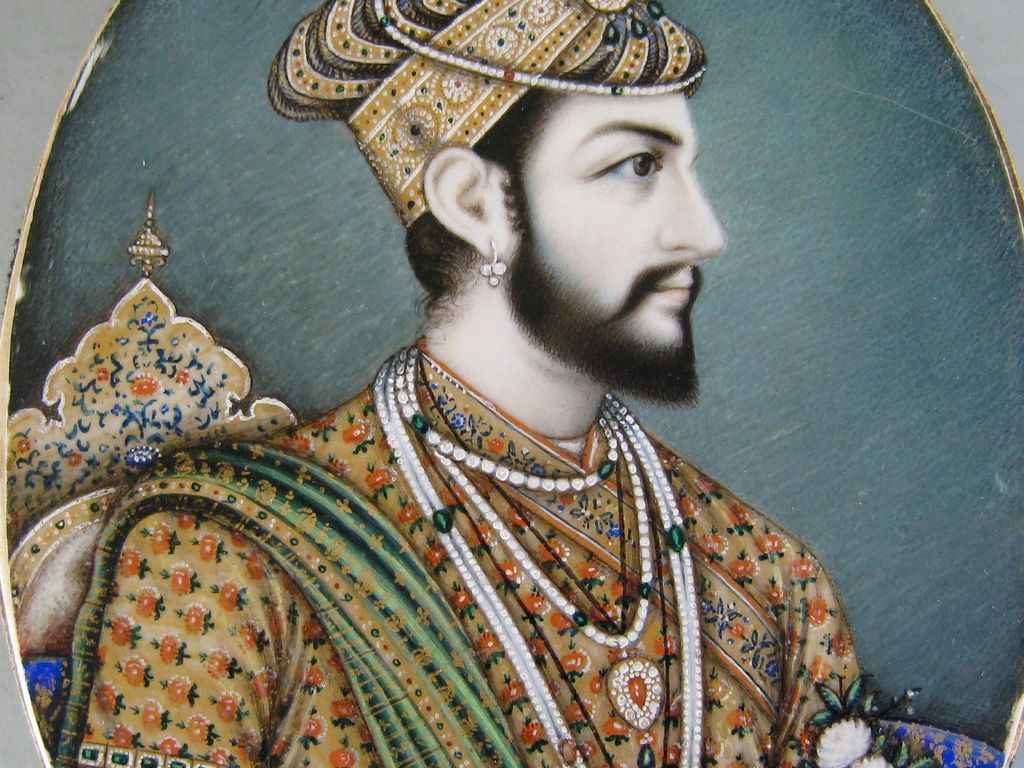